Fibonacci in Nature: The Golden Ratio and the Golden Spiral

If you’ve studied the financial markets, even for a short time, you’ve probably heard the term “Fibonacci numbers.” The ratios and relationships derived from this mathematical sequence are applied to the markets to help determine targets and retracement levels.

Did you know that Fibonacci numbers are found in nature as well? In fact, we can see examples of the Fibonacci sequence all around us, from the ebb and flow of ocean tides to the shape of a seashell. Even our human bodies are examples of Fibonacci. Read more about the fascinating phenomenon of Fibonacci in nature. 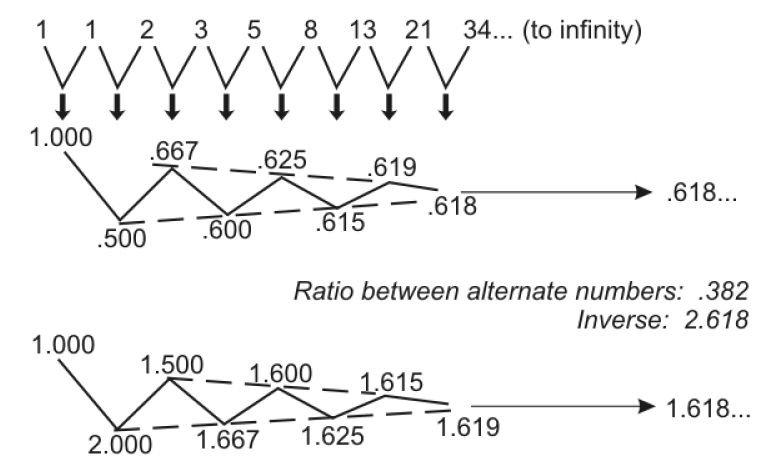 Let’s start with a refresher on Fibonacci numbers. If we start at 0 and then go to the next whole integer number, which is 1, and add 0 to 1, that gives us the second 1. If we then take that number 1 and add it again to the previous number, which is of course 1, we have 1 plus 1 equals 2. If we add 2 to its previous number of 1, then 1 plus 2 gives us 3, and so on. 2 plus 3 gives us 5, and we can do this all the way to infinity. This series of numbers, and the way we arrive at these numbers, is called the Fibonacci sequence. We refer to a series of numbers derived this way as Fibonacci numbers. 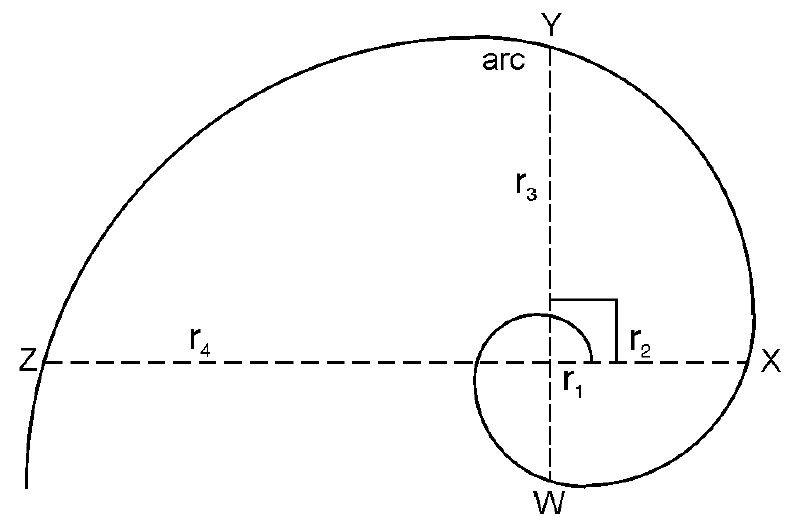 This is a diagram of the Golden Spiral. The Golden Spiral is a type of logarithmic spiral that is made up of a number of Fibonacci relationships, or more specifically, a number of Golden Ratios. For example, if we take a specific arc and divide it by its diameter, that will also give us the Golden Ratio 1.618. We can take, for example, arc WY and divide it by its diameter of WY. That produces the multiple 1.618. Certain arcs are also related by the ratio of 1.618. If we take the arc XY and divide that by arc WX, we get 1.618. If we take radius 1 (r1), compare it with the next radius of an arc that’s at a 90° angle with r1, which is r2, and divide r2 by r1, we also get 1.618.

Now here are some pictures of this Golden Spiral in various aspects of nature. For example, on the left is a whirlpool that displays the Golden Spiral and, therefore, these Fibonacci mathematical properties. We also see the Golden Spiral in the formation of hurricanes (center) and in the chambered nautilus shell (right), which also happens to be a common background that Elliott Wave International uses for a number of its presentations and graphics. 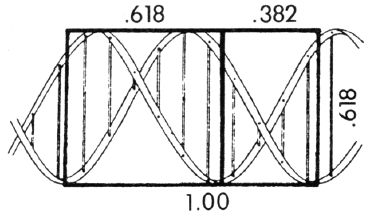 This graphic of the human body also shows how the Golden Ratio exists in certain relationships of the human anatomy. 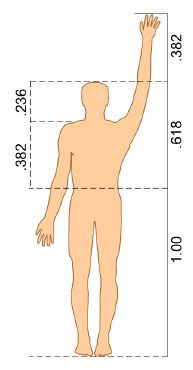 Learn How to Apply Fibonacci Retracements to Your Trading

Elliott waves often correct in terms of Fibonacci ratios. The following article, adapted from the eBook How You Can Use Fibonacci to Improve Your Trading, explains what you can expect when a market begins a corrective phase. Learn how you can read the entire 14-page eBook below.

If we look on the left side of this chart, we see a diagram of wave 1 followed by wave 2. It is common for second waves to retrace .618 of wave 1 — thereby making a deep retracement. We will also be looking for .786. We might often see .5, 50%, but .618 is common. On the right side, fourth waves will commonly retrace a smaller percentage or .382 of wave 3. We might also see something like .236. 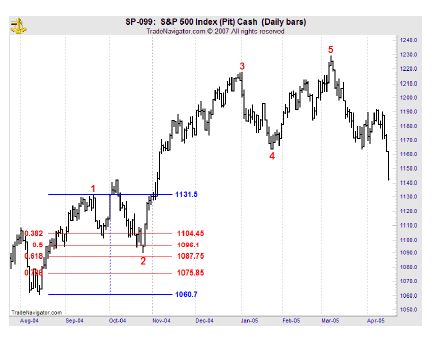 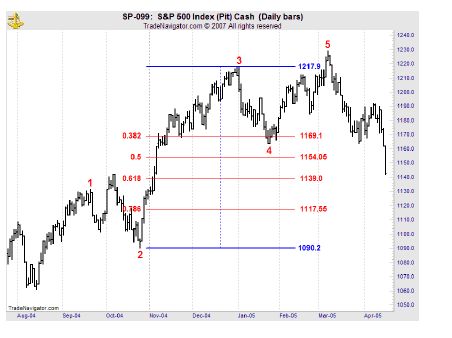 In a nutshell, this is what we mean when we say that Elliott waves often correct in terms of Fibonacci ratios.

Learn How You Can Use Fibonacci to Improve Your Trading

If you’d like to learn more about Fibonacci and how to apply it to your trading strategy, download the entire 14-page free eBook, How You Can Use Fibonacci to Improve Your Trading.

See how easy it is to use Fibonacci in your trading. Download your free eBook today >>

This article was syndicated by Elliott Wave International and was originally published under the headline Learn How to Apply Fibonacci Retracements to Your Trading. EWI is the world’s largest market forecasting firm. Its staff of full-time analysts led by Chartered Market Technician Robert Prechter provides 24-hour-a-day market analysis to institutional and private investors around the world.

Guide #2 – Elliott Wave Explained: An Outline of the Wave PrincipleGuides